What is EEOC Compliance?

Definition, how to comply, and FAQs. 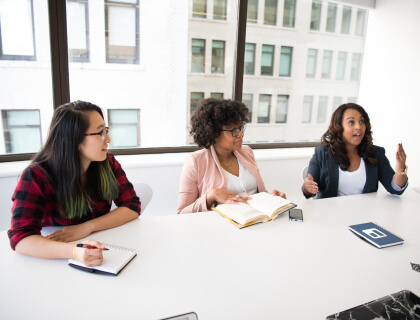 In the United States, the Equal Employment Opportunity Commission (EEOC) enforces federal laws that prohibit job applicants and employees from employment discrimination based on protected classes such as race, gender, and religion. Companies of certain sizes are required to abide by these laws, which are enforced by the EEOC.

What is EEOC Compliance?

The Civil Rights Act of 1964 states that it is unlawful to discriminate against an employee or job applicant based on race, color, religion, sex, or national origin. This applies to both public and private employers and their employment practices such as hiring, termination, promotion, training, wages, and benefits.

It's important to keep in mind that not all employers are covered by the EEOC, which varies according to the type of employer, the number of employees, and the type of discrimination alleged.

Who is Required to Comply with the EEOC?

If you are a business or private employer with 15+ employees who have worked for you for at least 20 calendar weeks in the same year or previous year, you have general coverage by the EEOC.

If you are an employer with 20+ employees who have worked for you for at least 20 calendar weeks in the same year or previous year, and someone lays a complaint about age discrimination, your business is covered by the EEOC.

The Equal Pay Act (EPA) protects men and women from being paid unequally whilst performing the same work. Virtually all employers are covered by this act.

Employment agencies, including temporary staffing agencies, are covered by the EEOC if they regularly refer employees to employers, even if they do not receive compensation for this service. There is also no minimum number of employees that need to be referred, so if an agency refers only one or two employees per month, they are still covered.

Employment agencies are also prohibited from discriminating against their own employees. Furthermore, it is unlawful to accept a job order that specifies candidates based on any of the discrimination types listed above, and/or classify or categorize job applicants according to race, religion, sex, etc., and then refer candidates based on these categorizations.

Note: If an employer is not covered by the laws enforced by the EEOC, it may be covered by a state or local anti-discrimination law.

How to Comply with EEOC Requirements:

Once a year, businesses of a certain size are required to file an EEO-1 Report. They are also required to keep all employment records for one year, regardless of whether a charge has been filed against them, and be prepared to provide data to the EEOC regarding their workforce.

All businesses covered by the EEOC must also post notices describing the federal laws prohibiting employment discrimination at their workplace.

What constitutes an EEOC violation?

It is considered an EEOC violation if a job applicant or employee has been treated unfairly based on their age, race, gender, sexual orientation, religion, national origin, genetic information, disability, or due to pregnancy.

What does EEO mean?

Who must comply with EEOC?

What are the types of discrimination?

Who is not covered by the EEOC?

People who are not employed by an employer, such as independent contractors.

What is the difference between EEOC and OFCCP?

The Office of Federal Contract Compliance Programs (OFCCP) ensures that employers who do business with the federal government adhere to nondiscrimination laws.

How do I avoid EEOC claims and complaints?

What happens when the EEOC investigates?

If a charge is filed against you, the EEOC will notify you within 10 days. A charge does not necessarily mean that your organization engaged in discrimination – it simply gives the EEOC authority to investigate the validity of the charge.

Is an EEOC charge serious?

Yes. If the EEOC finds reasonable cause that a violation occurred, it will try to garner conciliation between the employer and employee. If this fails, a lawsuit can be brought against the employer.

What is an example of indirect discrimination?

Indirect discrimination occurs when a seemingly neutral work policy or practice has a discriminatory impact on a protected group of people. For example, if a company has a dress code policy that prohibits headgear, this indirectly discriminates against people of certain religions who are required to cover their heads.

How long does it take the EEOC to investigate a claim?

Approximately 10 months, but it may take less time if mediation is successful.