What are Bumping Rights?

Definition of bumping rights and how they work, along with key concepts and FAQs. 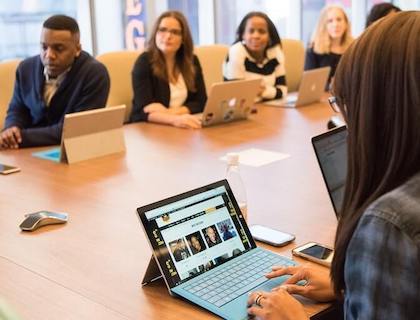 Bumping rights refer to the contractual rights of an employee whose position has been made redundant to replace another employee in their position.

When a business reduces its workforce and eliminates certain positions, the employees whose positions are being terminated may be eligible to replace other employees in their position. This system of reassigning jobs is typically based on seniority and is called "bumping".

A business can have an established bumping system that is defined in the company policy, stated in a binding agreement between the employer and the employee, or in a union contract or collective bargaining agreement (CBA). The rules that afford an employee bumping rights will vary with each agreement.

What is a collective bargaining agreement?

A collective bargaining agreement, also known as a labor agreement or union contract, defines the terms and conditions of workers' employment and is the result of a negotiation process between an employer or their representative and a union representing the employees of a business or industry. This process is known as collective bargaining and is governed by the National Labor Relations Act (NLRA).

Businesses subject to the WARN Act:

The Worker Adjustment and Retraining Notification (WARN) Act requires that written notices given to employees not represented by a union must include details regarding employee bumping rights.

Seniority in the workplace:

Seniority is determined by the duration of employment with one company, typically within a specific job classification. A seniority-based system rewards employee loyalty and is especially significant in union-represented workplaces.

Businesses whose employees are not represented by a union often consider additional factors beyond the duration of employment when selecting which employees should be laid off, such as an employee's experience, performance, and contributions. Other methods applied when reducing a workforce include selection based only on merit or skills.

The provisions of bumping rights often include a clause requiring that a senior employee must have the minimum qualifications required to fill the position of the junior employee who will be laid off as a result of the bumping system.

Some contracts include a provision regarding the refusal to exercise bumping rights. For example, there might be clause that limits the number of job offers an employee can refuse before they are struck off the company's re-employment register.

What is a bumping right?

A bumping right is an employee's contractual right to displace another employee in their job at a company when the first employee's position is eliminated.

How does bumping work in a union?

In a workplace that is represented by a union the employer or their representative and a union representative negotiate the terms and conditions of workers' employment, which usually includes provisions regarding bumping rights. The result of such negotiation is a collaborative bargaining agreement (CBA) or a union contract.

When a business reduces its workforce by eliminating employment positions, the union representative must be notified and is responsible for enforcing the provisions of the CBA or union contract.

What does subject to bumping mean?

Subject to bumping means that the employee holding the job in question can be displaced by another employee in terms of applicable bumping rights.