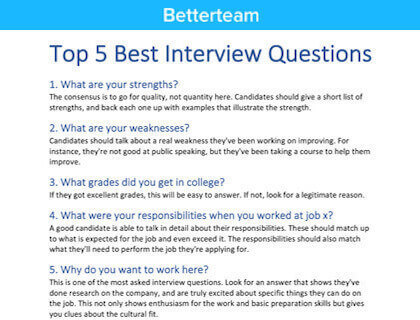 System Administrators, or SysAdmins, configure and maintain the day-to-day operations of networked computer systems. They make sure that the company's server and client computers perform well and remain secure.

The most suitable System Administrator candidates will demonstrate a clear understanding of all the technical feats required to keep your company's networked computers running smoothly. Beware of candidates with poor interpersonal skills, as they may be unable to professionally respond to support queries from people with varying levels of technical knowledge.

Post a System Administrator job to 100 job boards with one submission.

1. What's the most frustrating support issue you've been called to resolve?

A good candidate will demonstrate that they overcame their frustration and handled the situation with a professional attitude. It is important that System Administrators do not express annoyance when supporting employees who rely on them to solve a variety of technical difficulties.

2. Why would you not restore a DC that was last backed up eight months ago?

Look for candidates who understand that a DC is a domain controller, and that backup files should generally not be older than 180 days. Backing up a DC that is several months old could lead to inconsistent data, caused by lingering objects.

3. What experience do you have with hardware components?

Only candidates with proficient experience installing and replacing hardware components should be considered, as this is an operation which will frequently be performed by the System Administrator.

4. What is the difference between LDAP and Active Directory?

Candidates should be able to tell you that LDAP, or Lightweight Directory Access Protocol, is a standard protocol for querying and modifying entries in a directory service. Active Directory is a directory service implemented by Microsoft, and it supports the LDAP protocol, among others.

5. Can you tell us about a time when you initially failed to solve an issue?

The System Administrator should be someone who is able to overcome their failure and find a solution. Ideally, the candidate should be able to tell you about a strategy they follow after an attempt fails, rather than trying out different things randomly.